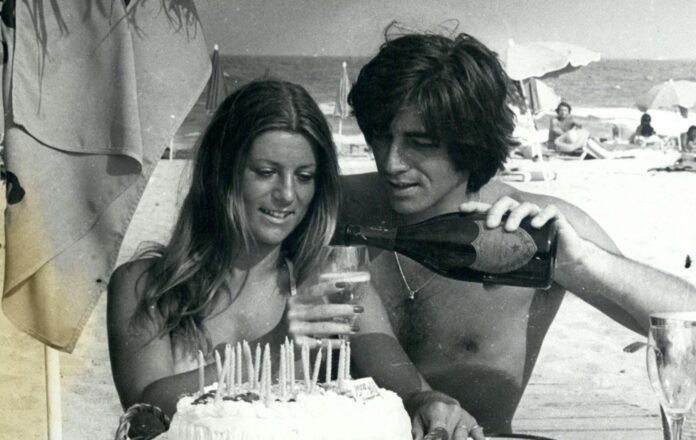 It’s a cult single and one of Sheila’s biggest hits. While the documentary Sheila, all these lives will be broadcast this Friday evening January 6 on France 3 to retrace the extraordinary destiny of a legend of French song, Planet has decided to tell you the story of one of its greatest hits: The Gondolas in Venice. A song performed as a duet with Ringo and released just 8 days before their wedding in February 1973. If it’s a happy and romantic song that all of you have hummed before, whatever your age, you may not know the genesis of this title, which is actually a real publicity stunt orchestrated by their producer at the time, Claude Carrère.

“With Les Gondoles à Venise, they made a hit which nevertheless sold more than 800,000 copies, which is enormous even for the time”, recalls in the preamble to Planet.fr the specialist and historian of the French song Fabien Lecoeuvre. The press attaché wants to make the youngest realize the importance of the event represented by the wedding of Ringo and Sheila on February 13, 1973. “If there is an event that has been so important in the years 70 that the marriage of Sylvie Vartan and Johnny Hallyday in the 1960s is indeed the marriage of Sheila and Ringo”, insists Fabien Lecoeuvre.

And this marriage is too good a marketing opportunity for producer Claude Carrère who “had the two artists in his stable”. “They released the song so that it would be orchestrated with the wedding,” the 1,001 Secret Stories of Songs author clarifies. “Sheila was one of the biggest sellers of records in the 60s among female artists. In the early 70s, when Sheila fell in love with Ringo, Claude Carrère wanted to organize a marketing coup”.

“Knowing that Sheila organized her wedding on February 13, 1973, 13 being the lucky number of Sheila and Claude Carrère, he then found an idea and told them to record a song together” for the occasion, specifies Fabien Lecoeuvre . The French producer then calls on a duo of brother and sister lyricists: Paul and Lana Sebastian. “The singer of Armenian origin had come to see Claude Carrère with a model of a recorded song in the hope of releasing a record”, explains Fabien Lecoeuvre. The song called The keys that do not open your door is according to the producer “great in terms of melody”, but he is not at all convinced by the lyrics.

The first text written on this melody being a failure, he asks Lana Sebastian to rework the song and to be inspired by the fashionable trips when one had just married. “At the time, honeymoons were often made in Venice. He found it more glamorous,” says the specialist in French song. “So she came back three days later with a text which was then called ‘Les Gondoles à Venise’. Claude Carrère thought it was brilliant, Sheila and Ringo also loved the lyrics”. Things then follow very quickly since the song will be recorded in two takes and the disc will be released eight days before the wedding. “It’s very orchestrated in terms of marketing and they find themselves number one in record sales in France for 15 days / 3 weeks” with the song. The disc will even be sold up to 860,000 copies. “It’s a huge and unexpected success compared to the initial title and performer of the song”, underlines Fabien Lecoeuvre.

If the marriage of Sheila and Ringo will end six years after the release of this hit in 1979, when their only son Ludovic, is then 4 years old, the song of Gondolas in Venice has survived their love and continues to rock generations of lovers. “An artist like Sheila, like Sylvie Vartan or Johnny Hallyday, belongs to our collective memories. She became cult before her time,” concludes Fabien Lecoeuvre, recalling that the 77-year-old singer has at least 30 hits over 20 years of career.